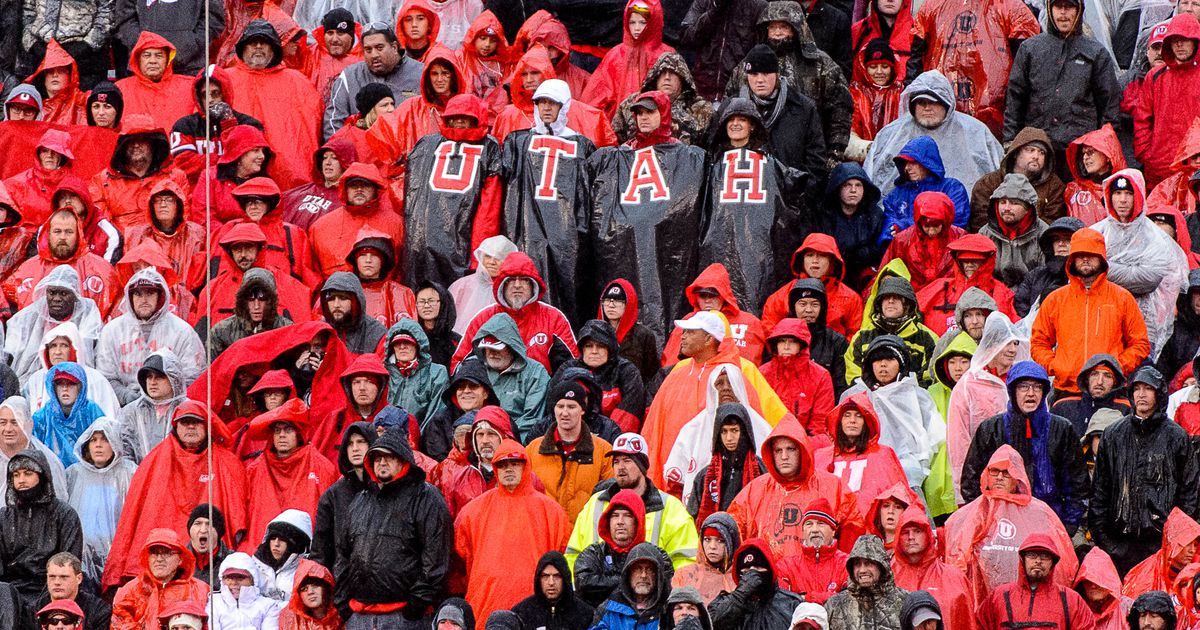 On July 31, the Pac-12 released an aggressive, albeit optimistic announcement 10-game conference football schedule only, which was scheduled to begin on September 26.

That moment two weeks ago may have looked like a fresh start in the face of COVID-19, but looking back, the pandemic was already causing there to be no football on the West Coast this fall.

About two weeks ago, a board of Pac-12 medical advisers, which includes University of Utah team doctor Dr. David Petron, began expressing greater concerns about the number of viruses in Pac-12 markets. The spread of the virus has remained widespread and new studies are emerging on how COVID-19 could affect the heart.

On Tuesday afternoon, just before 2 p.m., before the news broke nationally, Utes athletic director Mark Harlan jumped on a Zoom call led by Kyle Whittingham as football coach of Utah was advising its players that there would be no football this fall.

“Communicating this news, by our coaches, by myself and by others to our student-athletes, is one of the most difficult things I have ever been involved in as athletic director,” said Harlan. later, less than 24 hours after the Pac-12 postponement. “This continued effect of this virus on our student-athletes in regards to their competitive dreams is underway. “

Tuesday’s Pac-12 announcement offered some finality after five months of contingencies, hypotheses and semi-educated guesses. Harlan marked what is sure to be the start of a long and frustrating fall in Salt Lake City. There will be no football at Rice-Eccles Stadium, no women’s football, no women’s volleyball, no cross country.

Fall will give way to winter, and there will be no basketball, at least not right away. The status of Utah’s 10-game non-conference schedule, which includes five games at the Huntsman Center, is officially TBD.

All Pac-12 sports are closed until at least January 1, so it’s safe to assume that playing some semblance of a conference-only basketball season will take priority over trying to make a few games of the game. ‘purchase. As for playing college basketball in a bubble, an idea that circulates at the highest level of university athletics, Scott, Harlan and Colorado AD Rick George are all on the record as not being thrilled with the idea.

The football played in the spring looks like wishful thinking for now, and questions abound about basketball, but what seems clear is that the prospect of no longer playing football places Utah – and its colleagues Pac-12 schools – in what appears to be a dire situation.

Harlan revealed on Wednesday that the financial blow to his non-football sports department is now projected to be between $ 50 million and $ 60 million. He added this Thursday afternoon in an interview at 700 am, saying the shortfall is based on zero football and “limited basketball.” What “limited” means in regards to basketball is unknown, but if games are played, the Utes will likely have less than the previously prescribed 15 regular season home games (five non-conference, 10 Pac-12). . No matter what home games are played, COVID-19 protocols are unlikely to allow large crowds at the Huntsman Center, which will affect the bottom line when it comes to ticket sales.

How Utah handles the financial situation will be a primary question for a long time. Harlan hesitated on Wednesday when asked about potential reductions in staff, whether coaches or internally within the sports department.

For what it’s worth, in fiscal 2019, which included the 2018-19 school year, Utah athletics spent $ 35.6 million on salaries and benefits, nearly half of which from football and men’s basketball combined. Harlan, Whittingham and Larry Krystkowiak were among the top earners who had already agreed to pay cuts earlier in the pandemic.

According to a report last week from Jon Wilner of The Mercury News, a Pac-12 loan program in the works would provide a maximum of $ 83 million for each university at a rate of 3.75% over 10 years. It’s unclear if Harlan would seek to use the loan program, let alone ask the Pac-12 for the full $ 83 million.

“I’m not going to comment on staff cuts or anything like that,” Harlan said. “It’s a job we have to do, and we definitely want to communicate with our own staff before we talk about anything in public. “

Utah and the Pac-12 have touted that all student-athletes, whether they are retiring from a season due to COVID-19 or now due to a postponement, will have their scholarships protected. Otherwise, NCAA Division I board and board of governors swiftly pass legislation provide an extension of the eligibility period of five years and an additional competitive season if an athlete participates in 50% or less of the maximum number of competitions allowed.

The Utah Football, Women’s Cross Country, Women’s Football, and Women’s Volleyball teams have 30 eligible student-athletes for seniors. Whether or not these sports are practiced in the spring will be a matter of several months. If they are not played in the spring and carried over to fall 2021, the number of those 30 athletes who choose to return will be another point of fascination.

After the NCAA issued a general waiver for spring sports athletes whose season ended in March when COVID-19 took over, about a dozen of Utah’s 32 seniors in spring sports have chosen to return in 2021.

In terms of eligibility, granting of scholarships and general recruiting, the football program has a lot of questions.

With extended eligibility clocks and additional competitive seasons on the table, Harlan believes the NCAA will temporarily increase the FBS scholarship limit by 85 to help alleviate any bottlenecks that may arise between current rosters and classes. inbound recruiting.

The Utes had 17 players on their spring roster with senior eligibility. According to 247sports, at this still early stage in the current recruiting cycle, Whittingham has eight verbal commitments from the Class of 2021, including Mission Viejo (Calif.) Four-star quarterback Peter Costelli.

Costelli has been in the news since the Pac-12 announcement. After the CIF Southern Chapter announced last month that it would delay its football season until January, Costelli planned to graduate from Mission Viejo earlier and enroll in Utah.

According to multiple reports from Southern California, Costelli will reverse course and instead play his senior season this winter, delaying his entry in Utah until next summer.