Was there seriously a Moon Knight TV show in Japan in the 1970s? 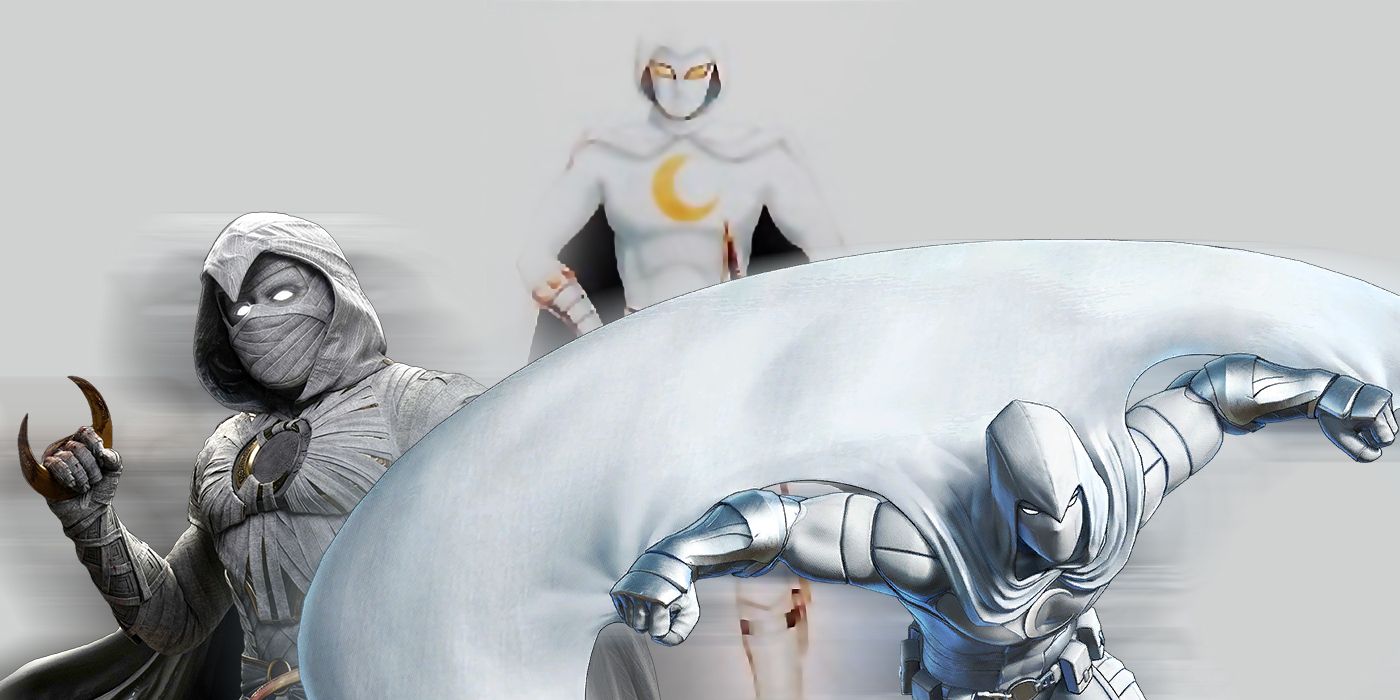 In the latest Comic Book Legends Revealed, find out if there was a Moon Knight TV series in Japan in the late 1970s.

Welcome to Comic Book Legends Revealed! This is the eight hundred and thirty-fourth episode where we examine three comic book legends and determine if they are true or false. As usual, there will be three posts, one for each of the three captions.

There was a Japanese Moon Knight TV show released in the late 1970s and early 1980s.

One of the cool things about captions since I’ve been doing them is that you’ll have a question someone asks, say, 2006, and you won’t have any way to answer it, and so you will kind of push it out of your mind, and then more than a decade will pass, then the same question will come back and you’ll see a lot of new information has come out since then on the subject.

This has certainly been the case when it comes to an old legend regarding whether or not there is a Moon Knight TV series in Japan. With the new moon knight TV series currently airing on Disney+, I now get a number of requests for answers to this legend after not hearing about it for years (this was a relatively common question when I first started doing Comic Book Legends Revealed, so I’m not even going to bother to name specific people who made this request, let’s say there were many).

Before Moon Knight received his first ongoing series in 1980, the character first starred in an issue of Marvel’s Black and White Magazine, Preview of Marvel #21…

In this issue, editor Ralph Macchio discussed Moon Knight’s rather meteoric rise as a character and noted that one of the things they were surprised to learn about the character’s popularity is that it was planned to turn the character into a TV series star in Japan!

RELATED: Was Morbius Almost Introduced as Dracula Instead in Amazing Spider-Man #101?

Now, here’s really the main origin of this legend, and it’s the one I was stuck with, because, boy, does it really sound definitive here, doesn’t it? In moon knight #15, Moon Knight writer and co-creator Doug Moench wrote about the character’s backstory and when discussing the same time period Macchio was talking about above, Moench notes, “Ultimately , the increase in mail response and foreign interest in the character (Moon Knight became a TV series in Japan) opened the door for an actual and regular Moon Knight title, a monthly house all its own .”

To see? There is no “PLAN to make Moon Knight into a TV series”, just “Moon Knight has been made into a TV series in Japan”. As noted, many readers over the years have written to me about this and although I have never been able to find a moon knight TV series in Japan, at the same time, I haven’t necessarily been able to prove that there has never been a moon knight Japanese TV series. In other words, proving a negative has always proven to be a rather daunting task in the land of legends. I wasn’t able to do it in 2006, but in 2022 I think I’m ready to go with a fake here!

RELATED: Where Did Riddler Get The Aliases He Used In The Batman?

In the 1950s, there was a popular anime superhero in Japan known as Moonlight Mask. He was so popular he even had albums…

My homie Jerry Whitworth reported in 2018 that the infamous (infamous?) Marvel/Toei deal (which I wrote about years ago about how a Marvel/Toei animated deal only resulted in one animated TV movie adaptation from Tomb of Dracula and how they had a little more success with a live-action contract for a Spider-Man TV series that inadvertently led to a much more famous Japanese property) was going to include Moon Knight, at the least in part because of the slight visual connection between the character and the famous Moonlight Mask character.

Isn’t this design awesome? Boy, the Toei animation division was just outstanding. The above Tomb of Dracula The TV series was incredibly faithful to the artwork and designs of Gene Colan and Tom Palmer from the original comic. Here, however, the design was about as far as the TV series went (although there were supporting elements that I might discuss in a future caption, as they’re interesting on their own).

Thanks to Jerry Whitworth for the information and to the various Japanese Marvel fans who have collected over the years the great images that Jerry used for his article on the subject. And thanks, of course, to all the MANY people who wrote about this one over the years! It’s definitely up there in terms of “most requested” topics for captions!

SOME MORE LEGENDS OF ENTERTAINMENT!

Check out some entertainment legends from Legends Revealed:

1. Heath Ledger’s tragic destruction plans for the Joker to appear in The Dark Knight Rises?

2. Does Disney offer free lifetime tickets to any baby born at a Disney theme park?

3. Was Oliver Reed too “raw” to play the role of James Bond?

4. Has Carrie Fisher worked as a screenwriter on more than a dozen Hollywood movies?

Check back soon for part 2 of the legends of this episode!

Why was the first issue of Moon Knight completely redesigned by Bill Sienkiewicz?

CBR lead writer Brian Cronin has been writing comics professionally for over fifteen years now at CBR (primarily with his “Comics Should Be Good” series of columns, including Comic Book Legends Revealed). He has written two books on comics for Penguin-Random House – Was Superman a spy? And More Comic Book Legends Revealed and Why does Batman wear shark repellent? And other amazing comic book trivia! and a book, 100 Things X-Men Fans Should Know And Do Before They Die, from Triumph Books. His writing has been featured on ESPN.com, the Los Angeles Times, About.com, the Huffington Post and Gizmodo. He features entertainment and sports legends on his website, Legends Revealed and other pop culture features to Pop culture references. Follow him on Twitter at @Brian_Cronin and feel free to email him story suggestions for comics you’d like to see featured at [email protected]!