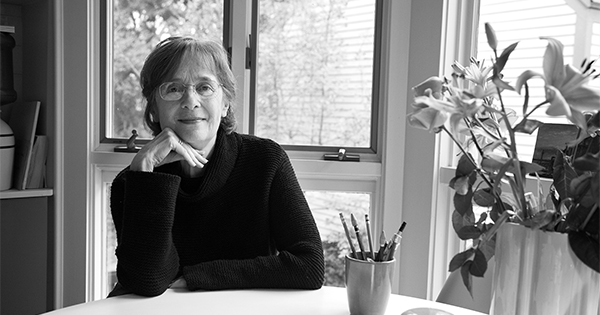 Gail Mazur, the author of eight volumes of poetry, says that for her, “poems begin with words, ideas usually emerge rather than begin”. Photo by M. Lacasse

Gail Mazur still remembers the moment she fell in love with poetry, no matter that it was over 65 years ago. She was 16 and a friend had taken her to an event at Brandeis University in honor of Pulitzer Prize-winning poet William Carlos Williams. The panel included Robert Lowell, Elizabeth Bishop, Richard Wilbur, WS Merwin and Louise Bogan, all of the most influential poets of the 20th century. “It was probably the most exciting event of my first 16 years”, Mazur said.

It will be another decade before she begins writing her own poems in earnest after a friend takes her to the Grolier poetry bookstore in Harvard Square, where she befriended a circle of local poets. and began attending Lowell’s famous â€œoffice hoursâ€ at Harvard. University. She was 40 years old when she made her first collection, Night lights, was published in 1978.

Now 83 years old and award-winning author of eight books (most recent, Land’s End: new and selected poems, was published last year), Mazur is a highly regarded writer of poems that explore the vagaries of everyday life, with a keen sense of humor.

Thursday night at 7 a.m., she’ll read her work as a guest speaker at this semester’s Robert Lowell Memorial Poetry Reading, which goes virtual in a nod to the ongoing coronavirus pandemic.

A lifelong Red Sox fan, Mazur is perhaps best known for his poem “Baseballâ€, Which begins with the lines:â€œ The game of baseball is not a metaphor / and I know it’s not really life. â€ Written in the 1970s, long before the team’s recent forays into four World Series titles, the poem expresses what Mazur describes as “the overwhelming joys and disappointments of being a fan of the Sox.” [maybe especially this past week]. Strive and fail. And the physical beauty of the stadium and the game. The poem, now largely anthologized, reached Mazur with a bang. â€œIt might be the only poem I’ve written that’s almost done,â€ she says.

Much more often, his poems do not take shape until after numerous revisions, according to Mazur. â€œA big part of a first draft can be an impetus and an inspiration. Revision is â€œworkâ€. Sometimes you are sure that a poem is finished and is just beginning. You have to, at least in a way, take pleasure in revising, just improving things, making everything fall into place. do it job. “

For her, poems can be triggered by a single word or phrase that comes to her when she walks down the street, reads a line in a newspaper, or hears an excerpt from a phone conversation. â€œPoems start with words, ideas usually emerge rather than start them. The important thing is not to waste the moment when the words start to come, â€she said. “You have to find a way to capture it, on a napkin or a notebook, because those moments are fleeting.”

Joining Mazur for virtual reading will be a former student, Aaron Caycedo-Kimura (GRS’20). He enrolled in the BU’s MFA Creative Writing Program after his wife, Luisa Caycedo-Kimura (GRS’14) graduated from the program and praised it. It wasn’t until she got serious about becoming a poet that he was inspired to pursue his own writing. â€œLuisa started showing me drafts of her work to get feedback, and I had no idea what to say. I figured if I had to study on my own and start writing, eventually I could give it some reasonable feedback. She also started taking me to poetry readings. With all this inspiration, I couldn’t help but give it a go.

He enrolled in BU’s Master of Fine Arts program because he wanted to study with Robert Pinsky, distinguished professor William Fairfield Warren and professor of English at the College of Arts & Sciences and three-time American Poet Laureate. â€œTowards the end of Luisa’s time in the program, I read her Singing school. He presented the poetry in such a way that he clicked for me. It made me feel like Understood. I can do it. I can write poetry.Enrolling in the Master of Fine Arts program and studying with Pinsky, Mazur (she was a guest speaker in the program) and Karl Kirchwey, professor of English at CAS and associate dean of the faculty of humanities, was ” a dream come true”. Caycedo-Kimura said. “The program was the best thing I have ever done for my creative life.”

Like Mazur, Caycedo-Kamura came to poetry relatively late, publishing his first collection of poems, the award-winning Chapbook Ubasute, last year alone, at 57. He initially trained as a musician, but during his second year of graduate school at Julliard, he realized he didn’t want to be a professional musician. He had always felt more visually oriented, and he began to land graphic design jobs to pay the bills, painting on the side. Growing up in Santa Rosa, California, the hometown of Peanuts creator Charles Schultz, he would draw Snoopy and Charlie Brown, before moving on to caricatures of people and political cartoons. Eventually he became an accomplished painter. His work as a visual artist influences his poetry, he says, and vice versa. “I like to say I’m a poet because sometimes I like to paint without the material messâ€¦ the two activities are very similar, both in process and product.”

Caycedo-Kimura’s first collection of poems, the chapbook Ubasute, pays homage to his parents: his father, Joe, who died in 2011, spent WWII in a Japanese internment camp on the west coast; her mother, Hama, survived the incendiary bombings of Tokyo during the war and was haunted by it her entire life. She died in 2015.

â€œI write about my parents to keep them alive in my life and to continue to honor them,â€ he says. â€œWriting about them allows me to appreciate them better. ”

His first complete collection of poems, Common Grace, will be published by Beacon Press next fall. The 65 poems are divided into three sections, drawing inspiration from different facets of his life. â€œIn the first section, ‘Soul Sauce’, I introduce myself through poems about my experiences related to my Japanese-American heritage, my life as a visual artist and poet, and my aging. The second section, â€œUbasuteâ€, is an extended version of my chapbook and deals with my parents’ experiences during WWII, then becoming newlyweds and parents, moving to the suburbs, getting old and dying. The third section, titled “Gutter Trees,” includes poems about his life with his wife.

â€œReading and writing go hand in hand,â€ he says. “I write down the memory or idea on the page of some sort of brain drain, writing as much as possible about it.” He also shares with Mazur a similar philosophy on the importance of revising poems: â€œRevision is everything. The revision is being written. Revision sculpts. This is where a part is shaped.

Does he see himself above all as a visual artist or a poet? The word â€œpoetâ€, he notes, comes from the Greek word meaning â€œto doâ€.

â€œThe poet is a creator. This is also how I see myself as a visual artist. So above all, I am a maker, who expresses himself through words and painting.

The artist in his studio in Bloomfield, Connecticut (left); photo by Luisa Caycedo-Kimura. Woodford Farm Barn, by Aaron Caycedo-Kimura (right); photo courtesy of the artist.

Pinsky, who hosts the Lowell Memorial’s biannual readings, says tonight’s readings are “not to be missed.”

Â«At Gail Mazur the end of the earth, his recent collection of new and selected poems, A Life of Masterful Work includes celebration and wonder, laughter and invention, as well as elegy: all with the joy of art, â€Pinsky says. “Aaron Caycedo-Kimura’s chapbook Ubusute is a memorial, a loving tale of his parents and their creations – a family, a garden, a rise above the infamous internment camps. In length, in staging, in generation, these books of a teacher and her pupil are far from each other. In their drive towards understanding, in the music of poetry, they resemble each other.

The Robert Lowell Memorial Poetry Reading, to be held virtually on Zoom, will take place tonight, Thursday, October 28, at 7:30 p.m. The event is free and open to the public. Find more information and register here. The readings will be followed by a Q&A.

The Robert Lowell Memorial Reading series was created by Nancy Livingston (COM’69) and her husband, Fred M. Levin, through the Shenson Foundation, in memory of Ben and A. Jess Shenson.

Watch a video of Aaron Caycedo-Kimura read in his poem “The Hardest Part” here.

The scariest patriot of all