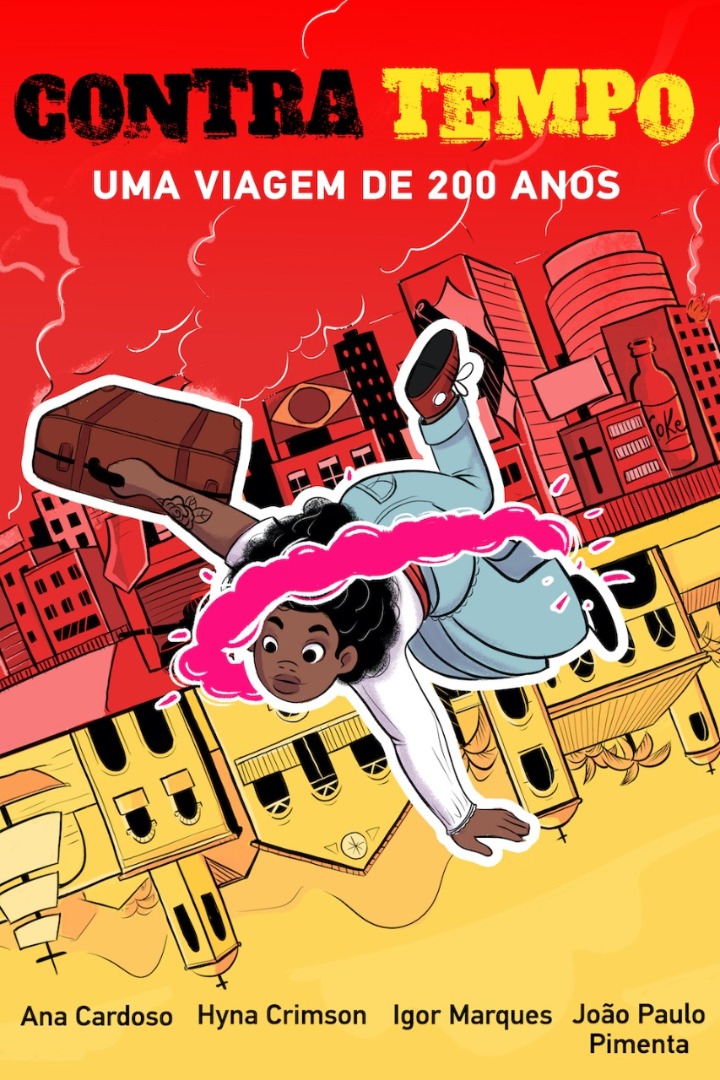 The story of Brazilian independence has already been told and told in prose, poetry, cinema, theater, music and in all kinds of real and virtual mediums and methods. Creatively, in color and in retrospect, the Instituto CiÃªncia na Rua launched on November 29 the comic strip â€œAgainst time: a journey of 200 yearsâ€. The project, aimed primarily at children and young adults, will consist of 84 pages and will be published weekly on the Institute’s website, with the hope of producing a printed book after the online publication cycle.

The proposal of the comedy on the bicentenary of independence is to actively bring the story to life with the central character, stimulated by the words, colors, graphics and, above all, the smallest details of each historical period.

Initially, still coordinating ideas to build stories, the creator of the project, journalist, researcher and president of the CiÃªncia na Rua Institute, Marilos Mora, conducted several surveys with historians and designers. After many recommendations and careful organization, he then brought together some of the most famous professionals and specialists from the final team to integrate the Bicentennial Headquarters project: SÃ£o Paulo JoÃ£o Paulo Jarredo Pimenta, professor in the Department of History from the University of SÃ£o Paulo (USP), specialist in the history of the independence of Brazil, and minors Igor Marquez (screenwriter), Anna Cardoso (designer) and Hina Crimson (colorist).

time travel
Against Time: A 200-Year Journey begins a historical journey, starting from the present to step back in time and (re) tell the story of Brazilian independence. The central character of the comic book is a young black woman and a student of modern history. The fictitious “time capsule” first appeared in 1817, in the midst of the Pernambuco revolution, passing the year 1822, after the centenary of independence (1922), and progressing to 1972, the year of the next. centenary and the most difficult period of the military dictatorship, in the full government of General Emilio Garastazo Medici.

â€œWhen he returns to his starting point in 2022, the character brings with him a new understanding of Brazilian history. It seems to suggest a dystopian view, but in fact it’s very modern and real, â€reveals historian Joao Pimenta. “The aim was to show the effects of violence, racism and other factors that eventually shaped and shaped the Brazilian state, nation and national identity as they are today,” adds he does.

For screenwriter Igor Marquez, the bicentennial comedy puts the character “in position” to take a fresh look at parts of the story, by actively participating and experimenting, and as a result, she was able to demystify some traditional narratives by comparing “” The “real” and “official” story.

Igor worked with the idea of â€‹â€‹listing facts that are not well known and reconnecting them with others, so as to be of interest to children and adolescents, based on bibliographical and historical references, based on knowledge and studies of Professor JoÃ£o Pimenta.

â€œMy inspiration was to play the script from that time, to present the facts in the first person – the character who travels through time – but not in an educational way, but in a fun way, for the reader to learn (and teach). In other words, indirectly the character can report events and show how our history today, at the present time, is reflected in our customs and our identity, â€explains Igor.

Lines, colors and tones
To translate the story and the screenplay into images, the harmony between artist Anna Cardoso and colorist Hina Crimson was essential. Cardoso argues that in order to bring all the contexts of the story closer together, he imprinted a more popular view in each graphic. â€œThe big challenge was to create a visual translation of the story through lines, colors and tones, even to enhance the real historical points that are told on a journey through time. This is essential when considering a comic book for children and young adults, very adapted to the colors and tones of the screens, and different from the content displayed on paper.

The project
Marilos Mora, the creator of the project and current president of the Instituto CiÃªncia na Rua, drew her powerful inspiration from her own experience of wonderful reading of picture books, since childhood, when she consumed everything at hand, of Bolinha, Luluzinha, Os Sobrinhos do CapitÃ£o, even Rubber Man and Superman And all Marvel.

â€œSince I created CiÃªncia na Rua, my goal has been to approach science in its broad aspects, and this also includes the human and social sciences, to contribute particularly to the development and education of children and adolescents. . Although our approach to comics has a fictional aspect, the great asset is the solid historical basis, in co-creation with people who think and study the history of Brazil, from new perspectives and contexts â€, explains Marilos.

With a total of 84 pages, the CiÃªncia na Rua comic will be launched online with four main pages. Then it will be twice a week, from mid-December to the end of May 2022, and from June there will be three pages per week, until the end of September 2, on the eve of the official date of the bicentenary of history. . The independence of Brazil.

New anthology features writings by women around the world