Singapore Shelf: Vampires on the MRT in a new manga 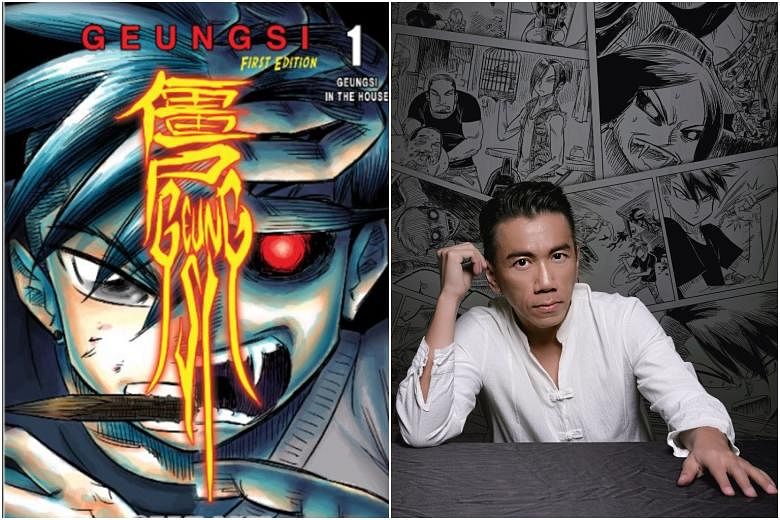 SINGAPORE – In this monthly column, The Sunday Times features seven ready-to-go home books that readers can delve into, with a particular focus on comics this month.

Stand aside, Twilight. Western vampire lore may be dominated by the scintillating leeches from Stephanie Meyer’s romantic saga (2005-2020), but for Singaporean comic artist Sean Lam, it is the jiangshi of Chinese folklore who reigns immortal.

The reanimated corpse, which hops with outstretched arms and empties its victims of their life force, has become popular in Hong Kong comedy horror films such as Encounters Of The Spooky Kind (1980) and Mr. Vampire (1985), which Lam grew up watching.

Previously based in Los Angeles, he returned to Singapore for a break in late 2019 and was stranded here by border closures linked to the Covid-19 pandemic. He decided to use the time to work on his first local graphic novel.

“I have worked with various publishers and writers over the years, but I had never had the opportunity to make my own book until now,” says the 43-year-old, who is best known for his two-part manga adaptation of Larry Niven. Ringworld award-winning science fiction novel (1970).

Lam, who aspired to be a comic book artist from an early age, moved from Singapore to Japan to intern with a small comic book publisher in his twenties. He was then sought out as an artist by Macmillan Publishing in the United States.

During the pandemic, he wrote, illustrated and self-published the first volume of Geungsi (jiangshi in Cantonese), a horror manga series set in the heart of Singapore.

Shaun, an ordinary employee, takes a sneaky photo of a beautiful woman wearing sunglasses on the MRT, only to find out that she is a geungsi. Infected by her, he is saved by Meng, a slayer, and the two become reluctant allies.

Lam’s geungsi are an amalgamation of Western and Chinese vampire tropes – they drink blood instead of draining energy and are able to move around during the day.

He plans to expand the series to other parts of Asia, with geungsi and killers clashing in Hong Kong, mainland China and more.

If all goes well, he hopes to one day bring his Singaporean vampires to American comic book conventions like Comic-Con International in San Diego.

â€œI hope to bring this Asian folklore to the West and present it to readers there,â€ he says.