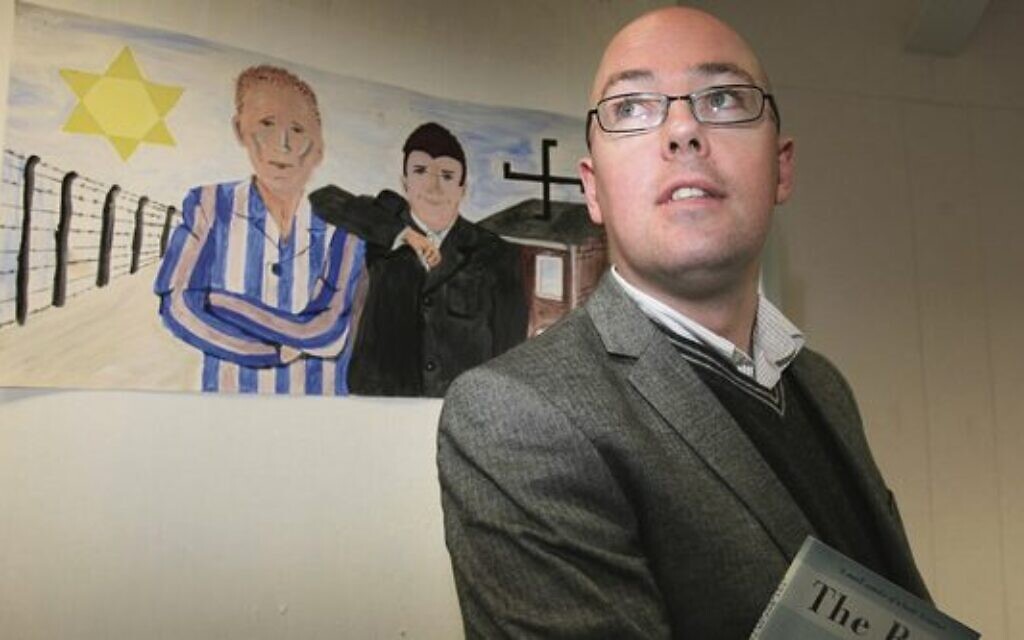 A best-selling children’s novel that the Auschwitz Memorial and Museum says “should be avoided by anyone studying or teaching the history of the Holocaust” is getting a sequel.

John Boyne, the Irish author of The Boy in the Striped Pyjamas, announced last week that he would publish a sequel to the 2006 bestseller about a nine-year-old German boy’s friendship with a Jewish child in Auschwitz .

The new book, he said, would be told from the perspective of the German boy’s sister, Gretel.

The announcement comes just weeks after The Boy in the Striped Pyjamas, which sold 11 million copies and spawned a film adaptation that grossed $44 million, faced a fresh round of criticism. scathing about its historical inaccuracies amid a controversy over Holocaust education in Tennessee. There, a local school board removed Maus, the Pulitzer Prize-winning graphic memoir, from the local curriculum, sparking a national conversation about how to teach children about the Holocaust.

Maus author Art Spiegelman said he would be fine with students reading another Holocaust book instead — but not, he said, Boyne’s.

“The guy didn’t do any research,” Spiegelman told a Tennessee audience.

The new book, All The Broken Places, will be published in September in the US by Doubleday and Penguin Random House and in the UK by Transworld. Global rights in more than a dozen other countries have already signed on, Boyne tweeted.

Set in the decades between 1946 and the present, the book will follow 91-year-old Gretel, older sister of the first book’s protagonist, Bruno, as she reflects on her life “marked by guilt and grief” and how “his complicity dishonored his life,” according to the publisher’s statement. In the first book, Gretel and Bruno’s father was an SS commander, and Bruno eventually entered the Auschwitz extermination chambers so he could be with his Jewish friend Shmuel.

The sequel will be set in Paris, Sydney and London, and will initially follow Greta and her mother’s escape from Poland at the end of the war “after a cataclysmic event that tore their lives apart”, according to the book’s description.

Boyne told The Bookseller that, since the publication of the first book, “I have regularly made notes in a folder which I have called ‘Gretel’s Story’. It was a book I had hoped to write one day, telling the story of Bruno’s older sister, Gretel, who, at the end of her life, looks back on the experience she was a part of and is forced to examine her conscience as to her guilt and complicity in those moments. “

The Boy in the Striped Pajamas was adapted into a 2008 film and proved to be an enduring international best-seller and a perennial Holocaust educational tool in the UK, despite scathing reviews from Holocaust scholars and other perpetrators of the Holocaust. It has been criticized for inaccuracies, including Shmuel’s continued survival in a camp that allegedly gassed him along with the other children when he arrived, and the lack of youth-centric Nazi propaganda directed at Bruno, who is portrayed as utterly ignorant. of the Jewish genocide project despite his father’s position as guardian of Auschwitz.

According to British education observers, the book’s prominence in classrooms can perpetuate myths and misconceptions about the Holocaust; many children who read the book believe it is based on a true story.

The book has also been criticized for depicting Bruno’s death and the grief of his German parents as the real tragedy at the heart of the story, while the dead Jews largely serve as window dressing.

For his part, Boyne defended his book which, according to him, is inspired by the work of Primo Levi and Elie Wiesel. In response to criticism from the Auschwitz museum, he told the Guardian that because his novel is fiction, it “by its nature cannot contain inaccuracies, only anachronisms, and I don’t think there are have any.

Boyne has authored more than a dozen novels on a variety of topics, and most recently came under fire for a 2019 book that contained controversial depictions of transgender characters.