Reviews | Sheila Heti: “Not enough brains to distribute among us humans” 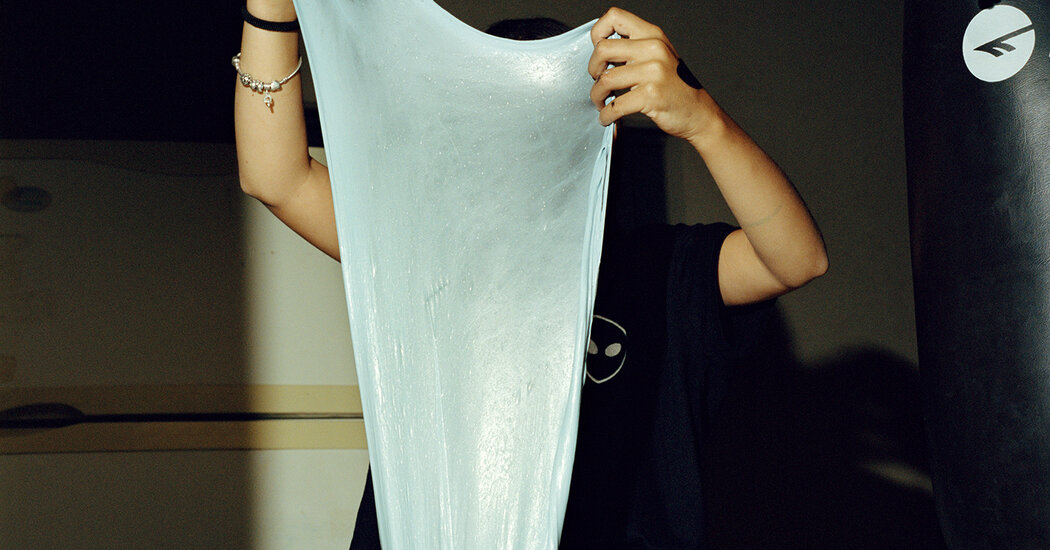 A newspaper in Alphabetical order
NOT

A little over 10 years ago, I started looking back at the journals I had kept over the previous decade. I wondered if I had changed. So I loaded the 500,000 words from my journals into Excel to sort the sentences alphabetically. Maybe that would help me identify patterns and repetitions. How many times had I written “I hate him”, for example? With the sentences detached from the narrative, I began to see the self in a new way: as something quite solid, anchored by surprisingly few characteristic concerns. As I came back to the project over the years, it became something more romantic. I blurred the characters and cut thousands of sentences, to introduce rhythm and beauty. When the Times asked me for a work of fiction that could be serialized, I thought of these newspapers: Surely the relationship of self to self is great fiction, and what more fundamental mode of serialization than the alphabet? After some editing, here is the result.
This is part 6 of a 10 part series. Sign up to receive it in your inbox.

Naturally, it looks and feels like all the cards have been tossed, but I’m better now than I was a week ago. Ness lay down on her bed and fell asleep. Ness was gorgeous – her skin was so incredibly clear. Ness pointed out that my shirt was still a bit unbuttoned. Ness said she wasn’t thinking about boobs. Ness said she would only read a St. Petersburg story if I killed myself at the end. Ness thinks my desire for beauty is like someone else’s desire for money. Ness was caressing me and I had my white tank top on. New sheets for the bed. New York, I think, made me depressed. Next week I will get a gym membership. Next year is going to be great, I hope. Long after we were done lying there, holding him, but at some point it became too much, and that’s when I had to leave. Nine years later, almost the exact same thing. No email checking on Sundays. No cigarettes this year. It is useless to fantasize, to delude yourself that he wants you when he does not. There is no point in knowing anything in advance. No grandmother. Person. No matter how nice or interesting these people are, it’s not worth it. No money. More mysticism — or not as much. No more publishing in textbooks. No more doubt. No more stupid homework. Do not worry anymore. No one at this point in history knows how to live, so we read biographies and memoirs, hoping for clues. Nobody sees, nobody applauds. No phone, no internet. No union is without its empty spaces. None of his work required him. None of this provokes the slightest wave of emotion in me. None of this is very interesting to read, and I know it won’t be interesting for me to read it later.

Nora gave me a piece of pink jewelry to remind me of the pink shoes I didn’t buy. Not a very literary editor. Not boys, ideas, writing or being super cute. Don’t buy expensive gifts for people. Not casual, pose. Not decadent, narcissistic, meaningless, worthless. Do not drink alcohol or coffee or even black tea. Not enough brains to distribute among us humans. Not enough girls in my week. Not enough time to walk, be alone and think. Not everyone needs a home with other people. Not everyone needs a spouse and children. Not everyone does it, but that’s part of the reason for its success. Do not smoke cigarettes. Don’t spend money. Do not keep in touch by phone – only by postcards or letters. Neither filmmakers, nor fashion designers, nor chefs. Not physicists. Don’t waste a life. Do not be afraid to marry or marry. Do not live according to images but according to time. Do not live according to history but according to feelings. Not reaching out to her out of love when I want to be reassured is not the same thing. That’s not to say you should live a life as a monk without a partner or other humans, but remember what you’re actually married to and marry like in your girlish fantasies you imagined you’d marry a man. No more talking to Rosa about my romances – she’s too influential, the things she tells me. Stop using the book as an excuse for anything, because there will always be a book. No more worrying about sentences or numbers. Don’t worry about opportunity. Don’t worry too much about things. Not wanting painful feelings. Not wanting to fill that void with him. Dumb boys aren’t fun to be around. Note for the future. Nothing can damage the writing. Nothing other people do is because of you. Nothing really happened this month. Now, all of a sudden, I want Pavel. Now all the men I loved the most are lost to me, and all the lesser men too. Now he’s gone and I feel better. Now he sees someone else now. Now I drink tea. Now I feel bad. Now that I’m tired, I’ll write another story and go to bed. Now I don’t live honestly anymore. Now I am reading fiction again. Now I’m reading “Lady Chatterley’s Lover.” Now I think about my book and how everything was on track until Pavel said the other night, “Maybe if it contained some emotion, your 700-page book could makes it worth reading.” Now I come to the part of the night I don’t want to write about, because I started getting drunk and woke up this morning with shame and regret. Now I want to cry. Now I feel pretty calm; if only i could put a system in place to not waste money. Now I have Dave Hickey’s agent. I now know what to do with my book. Now I think I finally understand trust: you can’t have real trust with a person if you show them a mask. Now I want to cry even more. Now I’m back to this? Now I am crying and feeling very hurt, angry, upset and neglected. Now it’s later in the summer. It is now 1am. Now it’s climbing, and later it will be grazing. Now is a story of a girl who searches for herself, gives up art in the meantime, tries to find ways to live that look like art but aren’t art, can’t find the answer for how to make art that isn’t art while at home, so goes and travels the world trying to figure it out, but nothing happens there either; her mother calls her home to help her clean up her childhood things from the basement, the daughter comes back, is broke, starts working in a hair salon when she meets a hairdresser who is so awesome for she — is a model of professionalism and mastery — and she realizes that’s what she wants to be, a master of her craft, so she leaves the salon and returns to the art knowing where, how and in which direction to go. Now my feet are going numb and my legs are weak. Now my whole body is cold, very cold. Now that the book is finished, I can engage with it, I think. Now that the book is finished, I don’t need to panic anymore. Now the next 12 years begin. Now the sky is the color of computers.


Sheila Heti is the author of 10 books, including the novels “Motherhood”, “How Should a Person Be?” and the next “Pure Colour”. This is part 6 of a 10 part series. Sign up to receive it in your inbox.