Peach Momoko’s Marvel Comics Momokoverse Is Getting Bigger This Summer 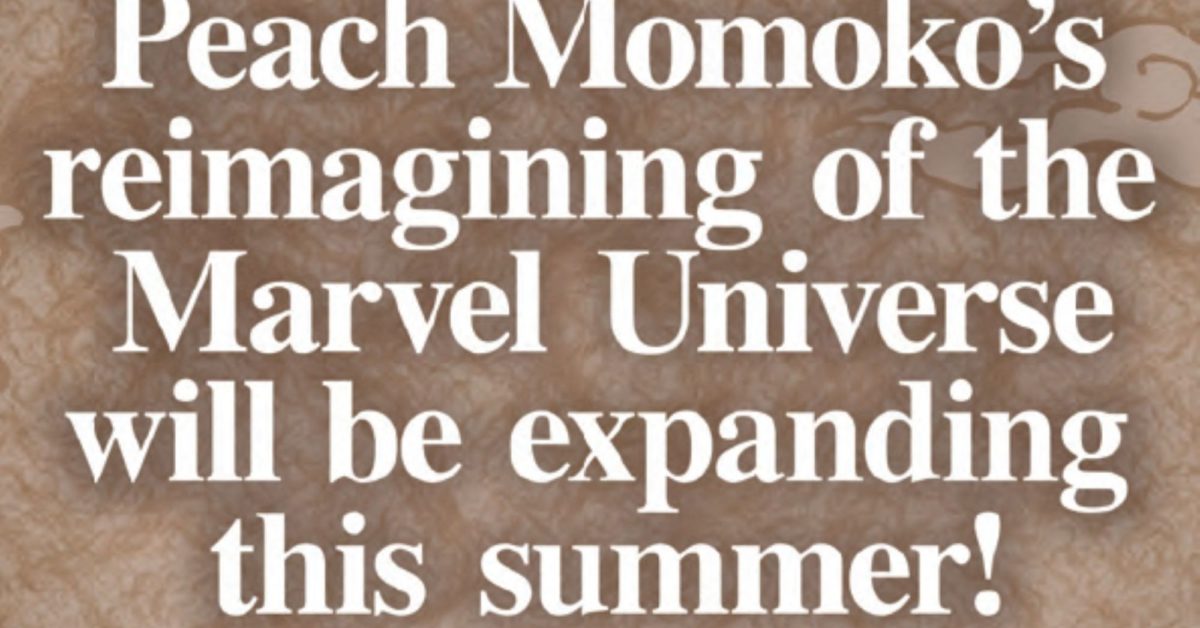 Today sees the publication of Demon Days: Blood Feudthe last chapter of japanese comics and cover creator Peach MomokoThe one-shot series reinterprets the Marvel universe according to its own artistic influences and representations. It’s what she calls her “Momoko-verse,” a place that reimagines the company’s superhero characters within the framework of Japanese folktales. And adapted for English by Zack Davison.

But what will follow the last Blood Feud today? Well, Marvel Comics is teasing Peach Momoko’s future plans with the company – I guess we’ll find out for the July or August 2022 solicitations? More Momokoverse to come…

Momoko is a Japanese illustrator who started exhibiting at American comic conventions in 2014 and saw an American publication with some stories covered by Grant Morrison when they were EIC of Heavy Metal Magazine. Since then, she has become the industry’s hottest variant cover art designer, increasingly in demand, drawing more than a dozen covers for US publishers each month, until she be chosen by Marvel Comics as the exclusive comic book creator for the publisher, under the Thai Stormbringer program of exclusive comic book creators.

DEMON DAYS BLOOD FEUD #1 MOMOKO VAR
JAN220840
(F) Momoko Peach (A/CA) Momoko Peach
THE LAST CHAPTER OF THE DEMON DAYS SAGA! At the end of the path, Mariko Yashida finally meets her stalker: a silver-clad swordswoman named Ogin, who is also Mariko’s sister! Will Mariko have to cross blades with her own flesh and blood, or will Ogin’s giant, green bodyguard crush Mariko first? The stakes are high and the emotions even higher in this epic conclusion to STORMBREAKER PEACH MOMOKO’S DEMON DAYS SAGA! ONE-SHOT / RATED T+ In stores: March 23, 2022 MSRP: $4.99