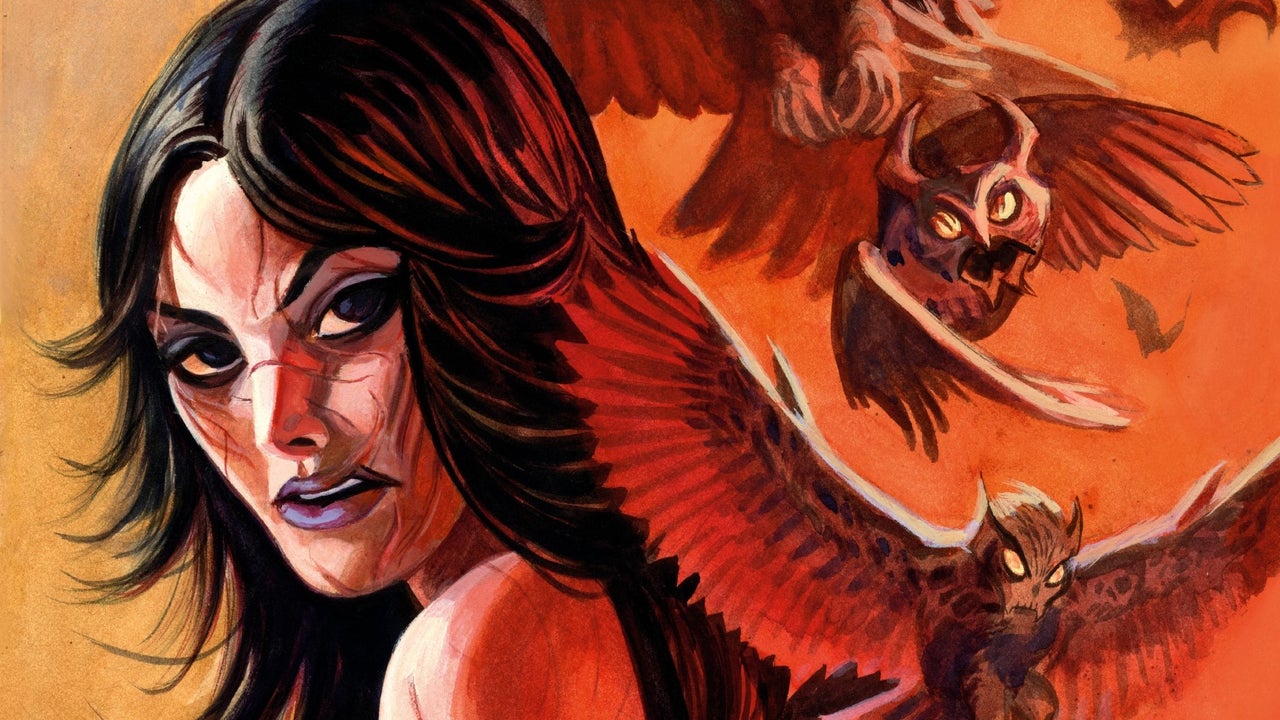 Mind MGMT creator Matt Kindt is bringing the critically acclaimed series back to Dark Horse Comics, but that’s just the tip of the iceberg. Kindt is spearheading a whole new imprint called Flux House. This new line of comics will be written and occasionally drawn by Kindt, with each book seeking to push the boundaries of storytelling and presentation.

Flux House kicks off in July with the debut of Mind MGMT: Bootleg, a four-issue limited series written by Kindt and featuring art by Farel Dalrymple, Jill Thompson, David Rubín and Matt Lesniewski. Bootleg will be the first Mind MGMT book not drawn by Kindt, though it builds directly on the conclusion of the original series and features the return of the titular psychic spy agency.

Check out the slideshow gallery below for a taste of what to expect from Mind MGMT: Bootleg and some of the extras included in each issue:

“I promise Mind MGMT: Bootleg is not a prequel, studio-led sequel, or corporate reimagining of that comic you love,” Kindt said in a press release. “It’s still weird, paranoid storytelling and was the perfect title to launch Flux House with.”

Part of Kindt’s goal with Flux House is to restore a collectible item to the comics. The line will vary in format and physical size, and the books will often include extras like collectible playing cards or die-cut items. With Flux House focusing on a number of different genres and styles, experimentation is really the unifying theme here.

“Flux House is inspired by Fluxus – an avant-garde art movement of the 1950s that was an extension of the Surrealists and Dadaists,” Kindt added. “The Fluxus movement focused on the creative process and experimental art forms. Their hallmarks include accessibility, absurdism, and a sense of humor. If you’ve seen me burn or carve one of my books at a signing, you already have an idea of ​​what I mean. Flux House aims to embody all of these elements. It will not be limited by traditional book and print forms, and the format of history will be, as its name suggests, always on the move.

“Matt Kindt is a smart, innovative artist who wants to push the boundaries of the comic book medium,” said Dark Horse President/Founder Mike Richardson. “Dark Horse first published his work in March 2010, when a Super Spy short story appeared on Dark Horse’s Dark Horse Presents MySpace webcomic. When Matt pitched the idea to me for an imprint pop-up with books that would be unique collectible artifacts, I had no hesitation in saying yes.

This announcement comes just over a year after Kindt’s previous Mind MGMT revival. Mind MGMT: The Artifact was among the first comics to be released as NFT after the technology broke into the mainstream last year. Kindt has been adamant that The Artifact will not be reprinted in a more traditional form, although the winning bidder chose to publish the story online.

Kindt is also the co-writer of BRZRKR with Keanu Reeves. Be sure to read IGN’s interview with the BRZRKR team to learn more about this series and its upcoming Netflix adaptation.

Jesse is a mild-mannered writer for IGN. Allow him to lend a machete to your intellectual thicket by follow @jschedeen on Twitter.