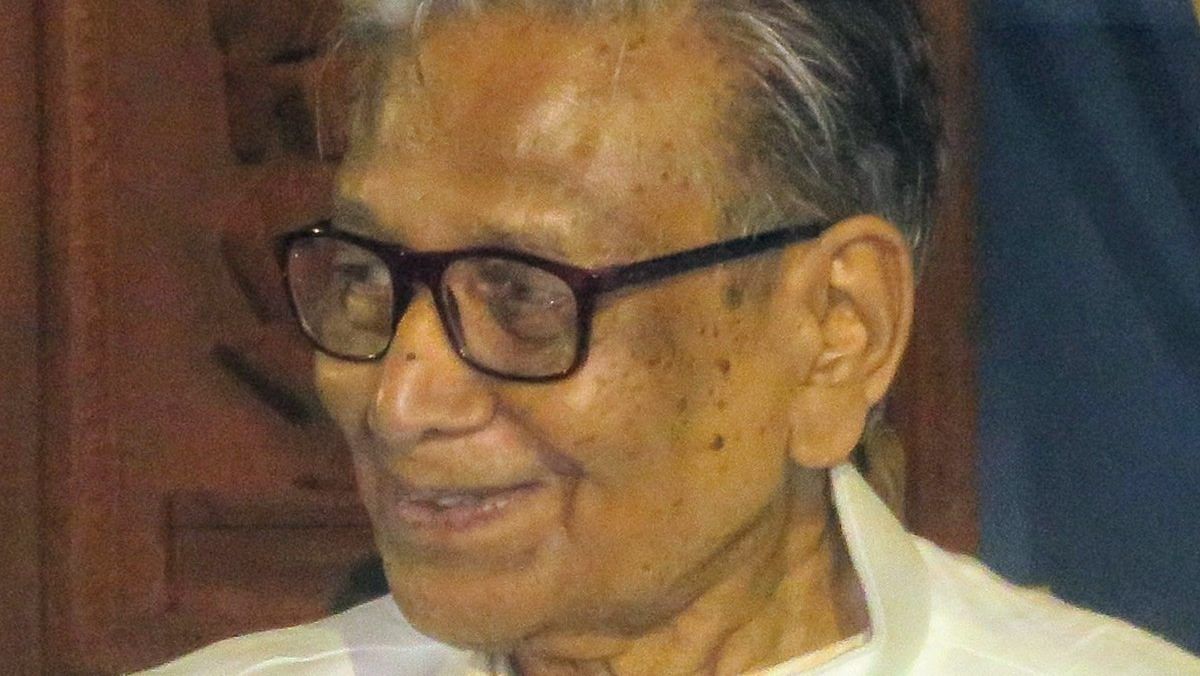 MAnoj Das was widely admired by his readers for his powerful portrayal of people’s lives in traditional Indian society. His works were particularly known for their fusion of realism and fantasy. This made him the most popular writer of Odia origin.

“Manoj Das was an interpreter of ancient traditions, who, in his works, brought together not only eras but also literary currents, from Antiquity to modernity” Professor Rudra Thulasidoss alias Ilambharathi, nonagenarian multilingual writer-translator who was in translate Das’ novel Amruta Phala (The Divine Fruit) in Tamil for Sahitya Akademi, ThePrint said.

A few decades ago, when Das was writing in Odia, his mother tongue, he felt that the Indo-Anglian fiction that claimed to depict Indian life was not doing him justice. In his own words, “It was an anxiety to project Indian life that motivated me to write in English.” His attachment to rural life was more natural, and childhood memories of the villages of Odisha made him “present an authentic atmosphere of rural life in India”. This appears much more prominently in his memoirs Chasing the Rainbow: Growing up in an Indian Villagepublished in 2004.

Das made his debut as an English writer in 1967 with his collection of short stories titled A Song for Sunday and Other Stories. As an Indo-Anglian writer, he had won praise from his peers such as Mulk Raj Anand and Ruskin Bond among others. He is famous for his works which include The Escaped, Concepts and Literary Antiquities of India, The Submerged Valley and Other Tales, The Bridge in the Moonlit Night, Cyclones, Mystery of the Missing Cap, Myths, The Lady with the Crocodile, Farewell to the Ghost, A Tiger at dusk and Legends among others.

In fact, Das did not translate his works into another language. If he found the particular theme exciting, he would “attempt a new performance” in another language. In an interview he said: “If I translate, I cannot be called a bilingual writer. By its very definition, a bilingual writer is one who writes in two languages. They basically stay the same, but since I’m the writer, I can take the liberty of changing them or reconstructing or elaborating on a certain situation while rewriting it in the second language.

Das has also written extensively for children. In an interesting encounter, he said he had no idea Harry Potter series and its popularity among Indian children. It was in 2001, when the children of English-speaking Indian homes had become “Potterheads”.

Das was prolific. In addition to these literary works, his columns appeared regularly in almost all the newspapers…The Times of India, The Hindustan Times, The Hindu and The statesman. Between the 1970s and 1980s, he also contributed his stories to India’s Illustrated Weekly and The footprint. He was editor-in-chief of The patrimonya cultural magazine published by Chandamama from 1985 to 1989.

“.. Written by Creative Inspiration; some are written for joy; some are out of a commitment to society. The columns I wrote for newspapers were driven by the latest,” he said in an interview with Mother India in 1998.

The western world had identified Manoj Das in the early 1970s. His works of literary fiction were published in Ascension, Le Carleton Miscellaneous, and an avant-garde newspaper The New York Blacksmith among others. Editor Alan Maclean chose Manoj Das to edit an anthology for Macmillan in 1971.

Das was the first writer from Odia to win the Sahitya Akademi Prize for his short stories Manoj Dasanka Katha or Kahani in 1972, alongside Jayakanthan for Tamil. He was the only writer to have received the Odisha Sahitya Akademi Award twice in 1965 and 1989 for his works. Aranyak and Kete Diganta (Part-I & II) respectively. He was the second writer to be awarded the Sarala Puraskar in 1980 after Surendra Mohanty. His novel Odia Amrita Phala won him the Saraswathi Samman Prize in 2000.

His major works in Odia include Sesa Basantara Chithi, Dhumabha Diganta O Anyana Kahani, Manoj Panchabinsatiand Tuma Gaan O Anyanya Kavita among others. Today, his works are available in several languages. Das had also served as a member of the General Council of Sahitya Akademi between 1998 and 2002. The Government of India honored him with the Padma Shri in 2001. He was also awarded one of the highest literary honors – the Sahitya Akademi Scholarship, reserved for ‘ the immortals of literature’ in 2006.

Born in the coastal village of Sankhari in Balasore district of Odisha in 1934, Manoj Das witnessed the cyclonic devastations, famines and lootings of the century. He spent his childhood in the villages, “allowing himself to be charmed by myths and folklore”. His pen articulated his encounters, and so his first anthology of poems, Satavdira Artanada, came out when he was just 14 years old. The following year his short stories were published. Das is said to have had an early influence from the works of Fakir Mohan Senapathy, the father of modern Odia literature. He also said in an interview that he was inspired by the work of Somadeva Kathasaritsagara and Vishnu Sharma Panchatantra.

In school and college, Manoj Das was inclined towards the idea of ​​Marxism. As a student leader, he led protests and was imprisoned for provocative speeches in 1955. Following this, he was sent to Bandung, Indonesia to attend an Afro-Asian student conference in 1956, where he escaped an attack by an anti-communist group. . When he returned he wrote Indonesia Anubhuti, an account of this trip. Das was devastated when he learned of Joseph Stalin’s ruthless actions in the Soviet Union. Much later, when he remembered it, Das had apparently wondered, “What if a believer in Stalin had died before the report (Kruschev’s de-Stalinization report)?” He would have died without knowing the truth, with the conviction that Stalin was the embodiment of all that was good.

He taught English at Christ College, Cuttack, for four years. It was at this time that he wrote A trip to the jungle (later made into the movie Aranyaka in 1994 by AK Bir) at a time of transition when he had lost his beliefs about all political and philosophical beliefs. He married Pratijna Devi from royal offspring of Kujang. It was recorded that a child was born to them who did not survive even a few weeks. Das had mentioned that it was then that his search for the meaning of life led him to Sri Aurobindo. Following this, he and his wife arrived in Pondicherry in 1963. They taught English and Psychology respectively at the Sri Aurobindo International Center for Education here.

Manoj Das criticized modernism and observed that the “pleasure-seeking” attitude defeated the true purpose of life. In an interview published in 2001, he deplored “human conscience is blunted today by popularization, consumerism, the brutalization of politics and values”. He also, on one occasion, mentioned that he disliked Arundhati Roy’s film. The God of Little Things. “Forty percent is eroticism, it commits violence against the English language and is calculated to sell,” he said.

Manoj Das has lived and written from Pondicherry for over five decades. The ailing writer died in Union territory in April 2021.