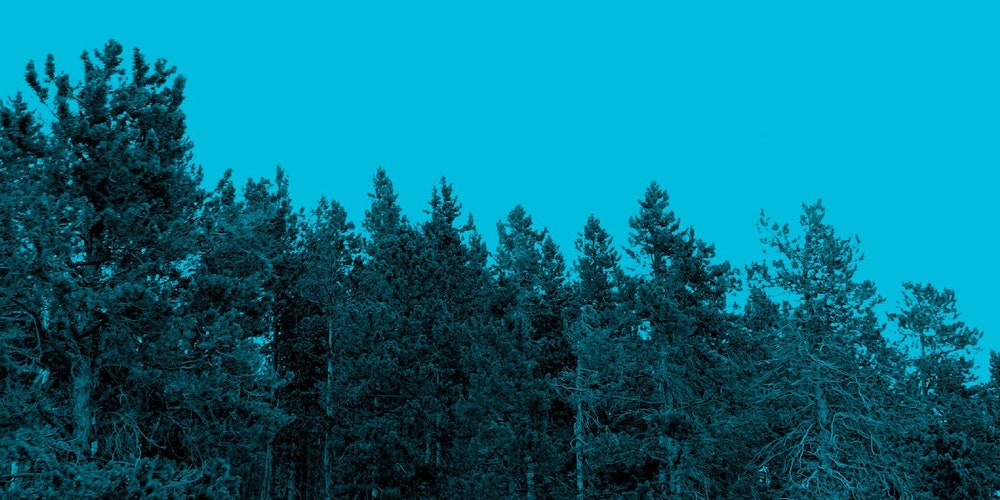 JJJJJerome Ellis says, “To me, stuttering is a wild animal, and it is my practice to continue to follow it where it wants to go.” The multi-instrumentalist, writer and composer frequently cites the “stutterer” among his disciplines, referring to his glottis block, an involuntary speech dysfluidity which manifests as pauses during conversation or reading. For Ellis, his stuttering is just one side of him – it only becomes a problem when confronted with the expectations of others. But rather than trying to suppress it, Ellis makes enough room for dysfluidity in her life. He stylizes his first name as “JJJJJerome” because it is the word he blocks most often, and on The meadow he brings speech directly into his art so that stuttering takes hold in him.

“I speak with a stutter, I’m black and I’m a musician,” Ellis begins on “Jede Krankheit ist ein musikalisches Problem”, exposing three intersecting elements of his identity. The meadow began as an essay written by Ellis for the Journal of Interdisciplinary Voice Studies title The Glade: Music, Dysfluidity, Darkness and Time. While writing about the use of black music as a means of resistance against hegemonic white notions of time and fluidity, he became curious about pairing the piece with an audible component. Against a backdrop of hip-hop, house, ambient and jazz inspired sounds – all musical forms with a strong black identity – Ellis experimented with reading his words and sharing his experiences, fully drawing party of the auditory medium. Any instance of stuttering was part of the job. “My thesis is that darkness, dysfluidity and music are forces that open up time,” he says in the opening “Loops of Retreat”, and the way the strings swell under his long pause between “Blackness” and “dysfluency” do just that, breaking conventional notions of linearity. The meadow is both a theoretical investigation and a work of art of resistance in itself, pushing back the expectations of society in terms of performative fluidity.

Ellis recorded himself speaking in a variety of situations to show how his glottic block can vary. He is more likely to stutter when reading silently and less when reading over music, due to a phenomenon known as hidden auditory feedback, so that passages of the essay are recited in both ways. On a pair of tracks called “The Bookseller,” he records two calls he makes to Barnes & Noble. The first time around, the words get stuck in his throat before pulling out the title of the book he’s looking for, and the employee assumes the call was dropped. They hang up. The second time around, he prefaces the conversation by warning the clerk of his stuttering, and he is given time to speak at his own pace. Later, on “Milta,” Ellis has a candid phone conversation with her mentor – someone who is already familiar with her stuttering – and reads him a letter she wrote to him. He still stutters, but appears relaxed and unhurried, at ease knowing that he is free to speak quickly or quietly.

Due to the unpredictable nature of his stutter, Ellis does not consider The meadow a finished job, just one possibility among many. The probability of stuttering on different words gives the piece an infinite number of undetermined quality. During performing Arts celebrating the album’s release, Ellis underscored this idea by reading a list of thanks in the environment from the whole. In a post-show question-and-answer session, he pointed out that it was a deliberate choice to fit this part into an ever-changing composition, explaining that he stuttered “more fully and more frequently when uttering names, because there were no synonyms for the names “. In other words, he can’t fall back on the ability to substitute a word he expects to stumble upon.

There aren’t many portrayals of black people who stutter in the popular media. Ellis’ decision to end the album with “Punch Line”, featuring a joke from the late comedian Bernie mac about his nephew with a stutter, is recognition of a rare example of dysfluidity discussed in black culture, but also an expression of the conflicting feelings it brings. The joke is not a flattering representation of stuttering. â€œI feel anger, I feel sadness, I feel ‘I don’t care’,â€ Ellis mused, acknowledging his respect for the comedy legend and admitting that he can’t help but. find the joke a little funny. Corn The meadow is an opportunity to change the record and put something empowering in the world. â€œAs in all my work,â€ he says, â€œin this project, I seek healing.

(Pitchfork earns a commission on purchases made through affiliate links on our site.)

Catch up with every Saturday with 10 of our top rated albums of the week. Subscribe to the 10 to Hear newsletter here.