In “I Am Smoke”, an unlikely subject gets his due 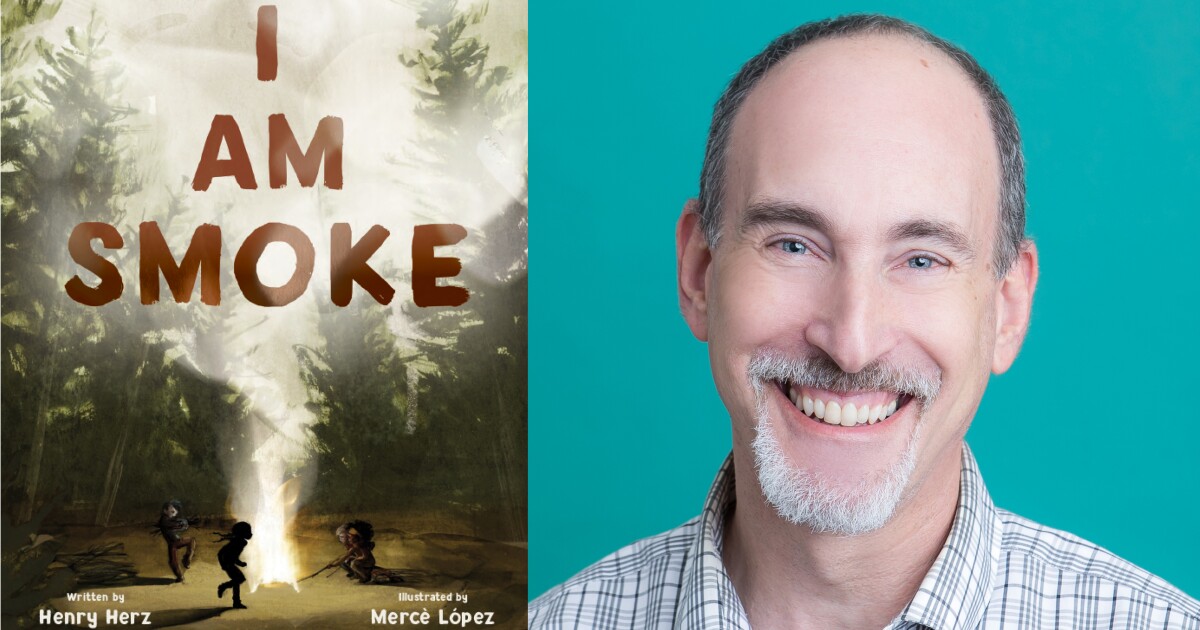 Henry Herz is well aware that smoke is an unlikely topic for a children’s book.

â€œAs an author you want to come up with something new, but of course it’s very difficult to do,â€ says Herz from his home in Carmel Valley. â€œYou really have to work hard to find a new approach or a new topic. “

â€œAuthors face that kind of Goldilocks challenge in the sense that if you’re too similar to something else, the editors will tell you, ‘it’s already done,’ Herz continues. â€œBut if you’re too far off the mark, some publishers might say, ‘I don’t know if we can sell this. “

Fortunately for readers, â€œI Am Smoke,â€ Herz’s recently published book at Tilbury House Publishers, was such a unique and marketable idea. Written by Herz and beautifully illustrated by MercÃ¨ LÃ³pez, the book unfolds like a campfire story, with smoke serving as the anthropomorphic narrator, helping to explain the historical, cultural, artistic significance and, towards the end of the book, the ecological importance of smoke.

And although Herz couldn’t pinpoint the exact moment he thought about the origin of the concept of “I am a smoke”, he was very careful in his research. The real challenge, however, was to condense this information into a few poetic lines of text.

â€œIt’s a bit of an adult topic, but a picture book is for young readers,â€ Herz says. â€œSo there is a challenge in distilling it down to the appropriate vocabulary. And there is a second challenge in the fact that the smoke itself is a character, and as a character she has to have her own distinct voice. “

Herz chose a character of smoke which he describes, naturally, as an “old, wise and mysterious” being. A being who uses alternate lyrical language to convey to the reader how smoke is not only used for the benefit of humanity, but is part of a larger circular cycle that benefits nature and the earth itself. same. Some of the other ways that smoke has benefited mankind over the centuries will likely surprise readers, such as the use of smoke by ancient cultures to rid homes of pests like termites.

â€œThis is probably the only picture book in history that contains a shot glass of strong alcohol,â€ says Herz, referring to the part of the book explaining the process of smoking meats and alcoholic beverages.

This is fundamental for Herz, as he always wanted his books to be both educational and entertaining. He grew up loving fantasy and science fiction, and says it was a passion he tried to share with his two sons.

â€œOne day I thought it would be a fun project to write a fantastic story just for them,â€ Herz recalls. â€œI took pictures on the Internet just to illustrate it. It was intended only for their consumption and as a way to get them excited about the fantastic stories. “

In the process of creating this makeshift story for his children, however, Herz realized that he might have a knack for writing.

â€œI was a middle-aged man and had never written fiction before that,â€ Herz says. “But I found out I liked it and it was something that I continued to do as a side hobby.”

Herz says writing is “my thing now,” especially now that he’s retired from his previous jobs in software development. He has been able to produce a number of children’s books, most of which are sold on his website (henryherz.com), but sees â€œI Am Smokeâ€ as a new chapter in his art.

“All of my previous picture books were fiction and ‘I Am Smoke’ is what we call creative non-fiction or what some call informational fiction,” Herz says. “He conveys facts through a fictional narrator.”

“I Am Smoke” was also Herz’s first time working with LÃ³pez, a Paris-based illustrator who has worked on a number of other picture books and graphic novels. Herz thanks her editor for finding her to illustrate the book and says it was a “pleasant surprise” when he saw her work and that she brought “new levels to the book”.

Herz also sees the book as having “unusually broad appeal” something that might appeal to adults and children alike.

â€œI think it could definitely be a coffee table book. The art is breathtaking and the messages work for both young readers and adults, â€Herz said. â€œThis is what you are always looking for as an author. You want to do something that appeals to a wide range of people for a variety of reasons. “

He hopes the book goes well enough that he can continue in the same vein for future books, perhaps exploring other topics which, while important, might not immediately be considered the subject of a children’s story.

â€œI do it because I love it and I do it because I think that getting kids excited about reading is the best thing you can do for a kid,â€ Herz says. â€œAnd these books would have a bit of everything; they have a bit of science, history, geography, cultural studies, and it’s lyrical. So he has a lot of tentacles in different academic disciplines and I think it’s fun.

â€”Seth Combs is a freelance writer for The San Diego Union-Tribune.

Christopher Shaw reflects on his longtime friendship in “The Crazy Wisdom”