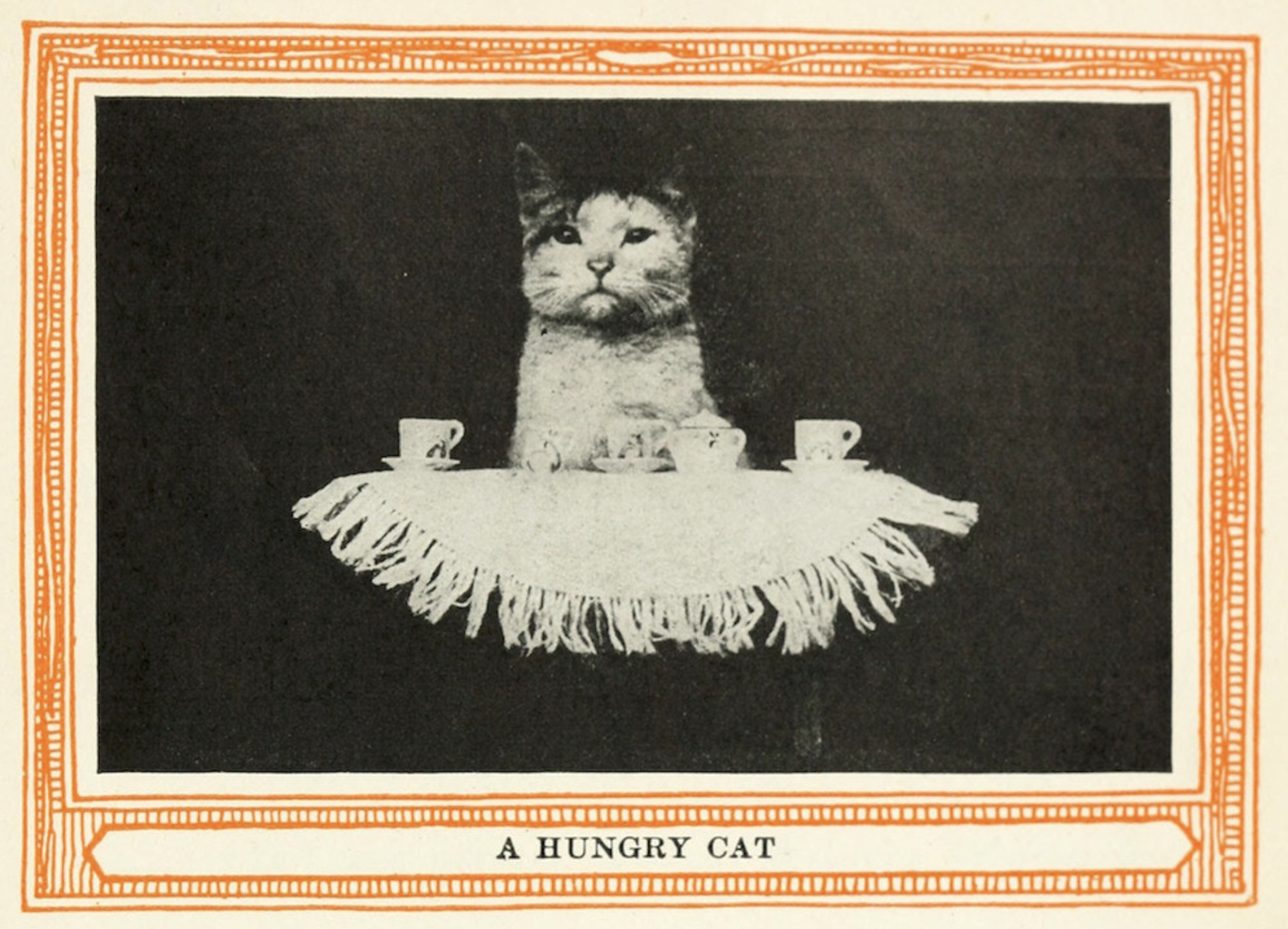 Cats are an integral part of society, providing memorable content and blessing our TikTok pages from time to time. But our fascination with cats doing cute things is nothing new. An old book found by Public Domain Review and Open Culture proves that people were still obsessed with feline entertainment, even over a century ago.

Kittens and cats: a first reader is a children’s book written by Eulalie Osgood Grover in 1911. The 84-page book features cats and kittens dressed in various costumes and set in fun sets with associated captions. The cat photos are all framed with intricate artwork and have nifty liners underneath, reminiscent of the modern meme.

The book was intended to educate children with entertaining vocabulary and rhymes. The book begins by introducing a queen of cats and all the guest cats who attend her party. In the pages of the book, we meet the queen and some of our favorite guests: the sweet singer, the little nurse and the dunce cat.

“Come, all of you, kittens and cats,” announces the queen of cats on the front page. “Listen to what I have to say. Tomorrow I’m giving a big party. The party will be in my palace. You are all invited from the tallest to the smallest, from the oldest to the youngest, from the blackest to the whitest. So wash your paws and shine your fur. “

Although a little scary, the cats’ contempt for the entire photo shoot is evident in their facial expressions and is great entertainment. It’s as if cats weren’t made to wear hats.

Grover explained that she wanted to write a book that would interest even the most reluctant readers.

“Those of us who have had a glimpse into the heart and mind of a child,” Grover wrote in the epilogue, “know that the stories of kittens, queens and parties provide pretty much the same pleasure to the little reader of juvenile fiction, as adventure and romance to the adult reader. “

The author of the book, Eulalie Osgood Grover, was born in Minnesota in 1873 and was well known for her children’s books. His most notable series was called Sunbonnet babies. The illustrations of sunbonnet babies are in fact known to scholars as a “culturally significant” piece of history, as they appeared in books and advertisements from 1900 to the 1930s.

Grover’s books served as introductory textbooks for young children who were just starting to read. The primers include basic words and phrases that are easily understood by young children.

Kittens and cats includes over 600 vocabulary words associated with black and white portraits of adorable felines in costume. The book credits the Rotograph Company, a popular postcard publisher until 1911, with portraits of cats.