“As we see it” is not a typical representation of autism 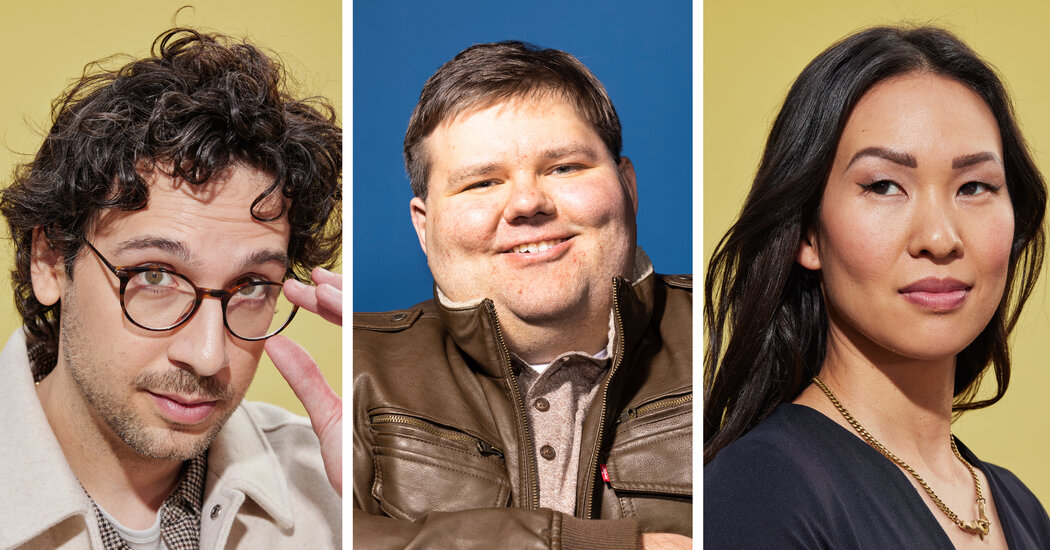 With three actors on the spectrum playing characters on the spectrum, there were bound to be times when the lines between real life and the show’s fictional world blurred. There were scenes where Pien’s character Violet was falling apart, and Rutecki would want to break character to come and appease her, Pien said. Another time, between takes, Rutecki clasped his hands over his ears to cut out loud sounds on set; Pien came over and put her own hands over her ears, in solidarity.

“I had so many wonderful experiences on set,” Rutecki said.

For some scenes, Glassman used his own triggers — like his aversion to loud chewing sounds — to get into character.

“My dad chews hard and it drives me crazy,” he said. “So I asked the director if we could make the person next to me chew hard, because I was supposed to be very frantic in the scene, and I knew listening to this man chew would drive me nuts.”

Katims initially wondered what kinds of challenges having many cast and crew members on the spectrum might present. Should production, for example, work different hours or create many new protocols on set? “We didn’t,” he said. “And those three leads came so prepared. There are a lot of actors I’ve worked with on other shows, and I wonder if they might be as prepared.

Katims have already started brainstorming new stories for a hoped-for second season, while the cast hopes their performances will ease the way for more neurodiverse actors to make their way into films and series.

“I don’t want to stand on that hill and say only autistic people should play with autistic people,” Glassman said. “But I think the pendulum needs to swing a bit, and TV shows like this bring to light the idea that, oh look, they can do that.”