An interview with Dr Cristina Pantoja-Hidalgo 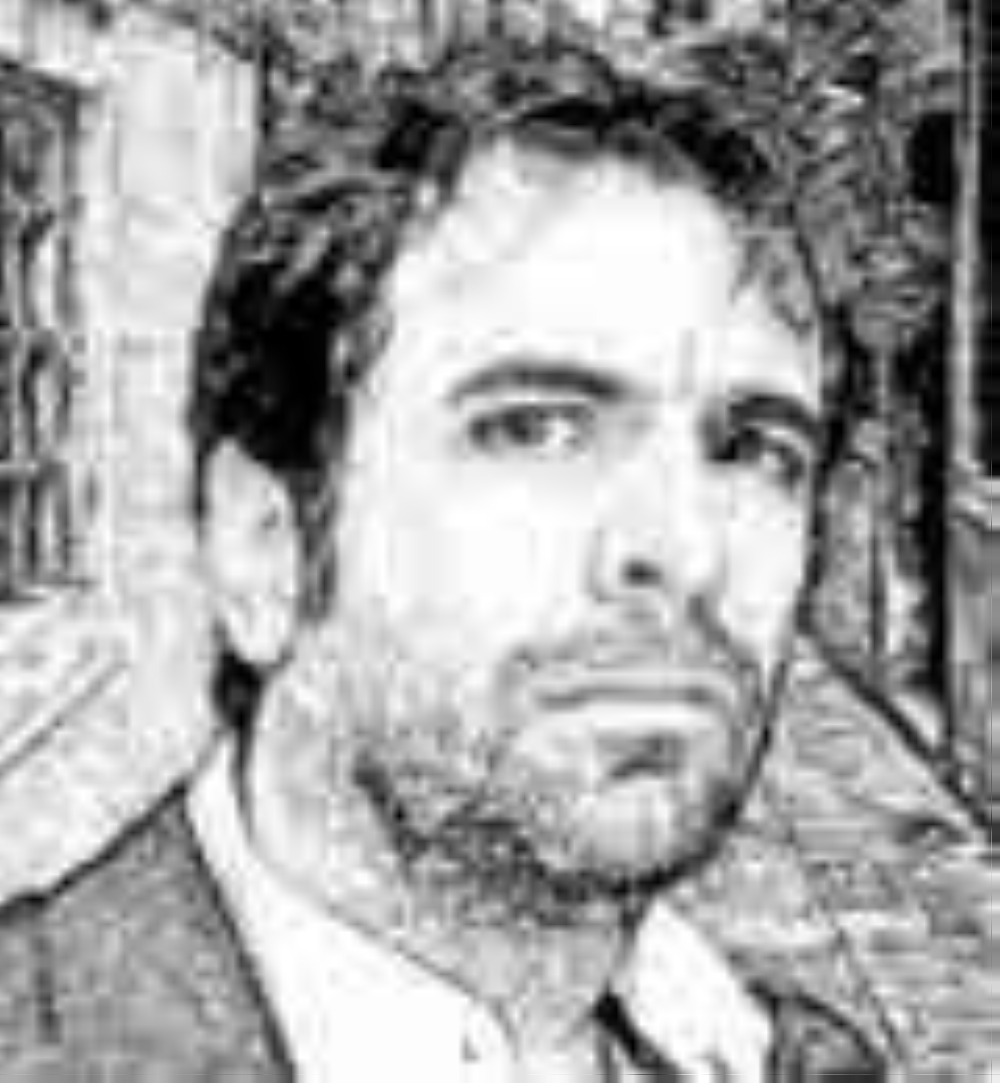 Many years ago a friend from Spain told me: if you want to know the high level of Filipino literature today, you have to read the travel writings of Dr Cristina Pantoja-Hidalgo. Later I found out that we were both working at UST, and we had a short conversation entirely in Spanish. As she was a colleague, I took advantage of her generosity to find out what pushed her to become a literary creator.

Question: you are one of the rare people who have been able to lead a career combining literary creation and scholarship. Another example is Nobel laureate Mario Vargas Llosa. Which has been the most common in your life and why?

Hidalgo: I am flattered and at the same time embarrassed to be mentioned in the same breath as Mario Vargas Llosa. I am far from even its shadow.

I started writing long before I became a scholar. I consider myself above all as a writer. I didn’t intend to be a teacher. But I’ve been teaching now for almost as long as I’ve been writing. When I obtained my undergraduate degree in 1964, a bachelor’s degree in philosophy from the Faculty of Philosophy and Letters of UST, I was only 19 years old. But after graduation, my college merged with the College of Liberal Arts, to form the Faculty of Arts and Letters. The new college was short of teachers. Thus, the honorary graduates of the old college for this year were offered instructor jobs. I found myself teaching students some of my age or older. I taught part-time, while working as the Associate Women’s Editor for Graphic Magazine.

When I got engaged soon after, I decided that a career in journalism would be difficult to combine with raising a family. So I gave up my job at Graphic and opted for an academic career. Since then, I have combined the two professions wherever life has taken me. But I think I didn’t start taking scholarships seriously until we got back in 1990, after living as expats for 15 years, and I went back to teaching at UP and decided to resume my doctoral studies. University life demands that you become a scholar, if you are not yet. If you compare my books of literary scholarship and criticism with my books of creative writing, the former are vastly outdated.

When did you realize you wanted to write stories?

I think I always wanted to be a story and essay writer. I started journaling and writing a â€œfamily journalâ€ when I was nine years old. Like many other Filipino writers, I was first published in my high school journal (the Paulinian at St. Paul College Quezon City) where I started as a journalist, then I became a literary editor and finally a writer in chief. At the same time, I was contributing news and feature articles to national magazines. In college I followed pretty much the same pattern – writing first for our college journal, The Blue Quill, then for college journal, The Varsitarian, first as editor, then as editor-in-chief. In my sophomore year, I was offered a weekly column on the youth page of The Manila Chronicle. And by the time I got into senior, I was writing the youth section of the graphic magazine. I believed then that if you wanted to be a writer, you became a professional journalist. Many of my contemporaries at university were already working full time as reporters for the national dailies and attending evening classes. At the same time, like me, they saw themselves primarily as writers of fiction or poetry.

Wasn’t it difficult, even frustrating, to be a writer in a country where very few people read?

First of all, I would like to clarify one point. It is not entirely correct to say that “very few people read” in the Philippines. Some publishers prosper by publishing certain types of books. For example, popular fiction (like romance novels, for example, and fantasy novels like the Harry Potter books) has made Precious Pages a major publisher, selling books not only here but also abroad. foreigner. Adarna Books and Lampara Books publish children’s books and teenage books very well (the term now used is “young adults”). Some writers of graphic fiction and speculative fiction have entered the international market. There is also a market for light comedic essays, as evidenced by the success of Visprint (now Avenida). And Filipinos are one of the largest groups of wattpad (very short, stereotypical, self-published, “novels” online) writers and consumers.

What is true is that the market for what the publishing world has come to call â€œhard-enlightenedâ€ is indeed very small. (â€œHard Bedâ€ refers to the award-winning literary award-winning stories, poems, essays, etc.) that are written with respect – if not admiration – by critics and studied by students of literature and creative writing.)

The fact that the market for quality literature is small didn’t bother me. I think, like many of my contemporaries, we became writers because we just loved to read and naturally took to writing. We wrote primarily for ourselves, for the satisfaction of having our name printed, and for the recognition of our peers and superiors – the veteran writers whose books we have read and admired. It wasn’t until I got involved in publishing that I realized that there was a great need to change the situation, a need to close the gap between the public and the authors of quality literature.

It was then that I became director of UP Press and later director of the UST publishing house. Also, after retiring from the public service, my husband started a small publishing house, Milflores Books, and I helped him by identifying promising new writers, soliciting titles from them and writing and editing a few books. . It gave me a different perspective on writing and editing.

Which authors have been the most influential in your life? Why?

There are too many to mention. But I will just quote the most important. Among Filipino writers, the writers who have had the greatest influence on my work would be: Carmen Guerrero Nakpil, Kerima Polotan-Tuvera, Gilda Cordero Fernando and, of course, Maestro Nick Joaquin.

I should also mention the 11th century Japanese Sei Shonagon and other female chroniclers like Murasaki Shikibu and Lady Sarashina; Annie Dillard; MFK Fisher – they influenced my non-fiction. And the spirit of the marvelous realism of the writers of the Latin American “boom” – Alejo Carpentier, Gabriel Garcia Marquez, Carlos Fuentes, Mario Vargas Llosa, Jorge Amado, etc. function in the company, although I never tried to write like any of them, just because it is not possible. I am different in race, sex and temperament. But I think I understood them and was incredibly moved by them.

Of the books you have written so far, which ones have you personally been most satisfied with? Why?

I don’t think I am more “satisfied” with a book than with the rest. The book I worked on the hardest, and put everything I knew and understood, at that time, is the novel Recuerdo. So this is very special for me. You could say that I was the most invested in this novel. The one I’m most proud of, because it was a daring experience for me, is the novel A Dream Book. The Catch a Falling Star collection of short stories gives me particular satisfaction as it is the most popular of my books, having been in print for over 20 years now and still going strong. Plus, it has now been translated into Filipino (along with three of my other short stories), which has long been a dream. But the book that is closest to my heart, my favorite child, so to speak, is Tales for a Rainy Night. With these stories, I broke with realism and discovered a new voice, a new way of telling stories – I call them modern fairy tales, modern and urban fairy tales.

Filipinos are generally multilingual and you are no exception to this rule. I even know that your Spanish is excellent. What made you choose English as your literary language? Does that mean you don’t usually read authors in Tagalog?

I think English was the only possible choice for me. Spanish was my first language in the sense that it was the first language I learned. I may have mentioned to you that this was the only language my maternal grandmother (who lived with us) spoke, so it was the language of our home. Tagalog, I learned as a subject at school. I can speak it, of course, but I’ve never gotten into the habit of reading it, let alone writing it. Due to the fact that I have taught at the National Writers’ Workshop of UP (since about 1993) and UST (since I took over the management of the UST Center for Creative Writing and Literary Studies) , I became more adept at Filipino (which, although based on Tagalog, is a different language). The two workshops are conducted in a bilingual manner and the teaching jury must comment on all the work submitted by the scholarship holders in writing. However, I cannot claim to have a master’s degree in Filipino. And to dare to write literature in a particular language, you have to have the confidence that comes with fluency.

Why do you think a young student should take an MA in Creative Writing? What can we learn there?

As with any art, it is a great help to study under the guidance of professional practitioners, in an environment conducive to learning, because of the company of people who all agree that literature and the creative writing is important. This is what enrolling in a master’s degree in creative writing has to offer. Some writers prefer the greater freedom of learning on their own. I’m not saying it’s not possible. But I know – from my own experience and watching the development of young writers entering undergraduate and graduate creative writing programs – that it takes a lot longer. I don’t think anyone doubts that a young musician benefits from studying at a music conservatory, or that a young painter benefits from studying at an art school. I wonder why there seems to be some doubt that young writers should spend time in a writing school.

Are you writing a new book? About what?

I have just finished the first volume of what will perhaps be my memoirs. Its title is What I Wanted to Be When I Grown Up: Early Apprenticeship of the Writer. It starts with my birth, goes back to my maternal ancestors, and then progresses, through my studies at the convent school, until the summer after my high school diploma. I didn’t want it to be read like most memoirs and autobiographies I’ve read. So I created a different framework for it. The backbone of the book is the books I read from my early childhood until the summer before entering college. I finished writing this book last year and it should be published by UP Press before the end of this year.

Am I working on something new now?

Yes, I don’t know if this is just a collection of essays, or if it will be volume 2 of my memoirs.