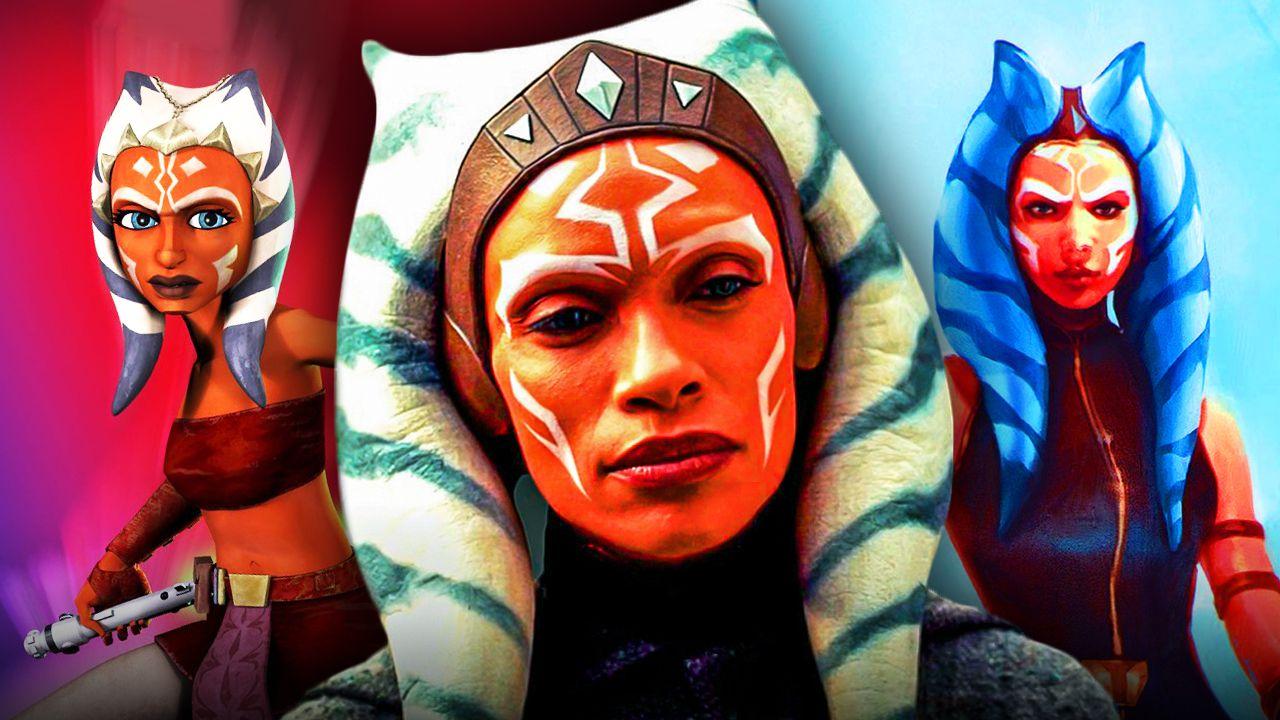 Only a Sith deals in absolutes. Although this oft-quoted line of Revenge of the Sith was directed at Anakin Skywalker, it also applies to the issue of Star Wars canon. Since the early days of the franchise, canonicity has been an issue due to The Star Wars Holiday Special, early comics, and Expanded Universe books. And, despite Disney’s efforts to set the record straight, the confusion of Star Wars canon continues with the latest cause rooted in Ahsoka Tano and the upcoming Disney+ series, Tales of the Jedi.

Lucasfilm has officially announced the new six-episode animated series from The Clone Wars and star wars rebels‘ Dave Filoni at the 2022 Star Wars Celebration. Scheduled to be released this fall, three of the episodes’ shorts are set to focus on Ahsoka Tano.

Of course, this is far from the first and only series to further explore the story of this heroine. Filoni is currently filming the Ahsoka live-action series, starring Rosario Dawson, slated for release in 2023. But long before either series went into production, fans read about this character’s past in 2016 Ahsoka by E. K. Johnston.

Whereas Tales of the Jedi Should show more of Tano’s past, there have been rumors suggesting the Filoni-directed series will contradict what fans first read of Johnston nearly six years prior. As for what Johnston thinks about this and the canon question, the writer took to social media to answer.

In the wake of potential Tales of the Jedi plot leaks circulating online, some fans have suggested that Dave Filoni and Lucasfilm conspired to change the canonicity of EK Johnston Ahsoka. But according to a post on Twitter by Johnston this is not the case at all – she commented how it is “frustrating to see people blithely declaring my book non-canon:”

“There’s no big conspiracy behind the changes to Ahsoka’s story. Dave approved the book six years ago and then continued to work on his journey. It’s frustrating to see people saying happily my non-canon book instead of just… using their imaginations like we did.

For Star Wars faithful who weren’t in the know, the fact that Filoni endorsed the book in 2016 is important to note. If the character designer approved the book, it was Ahsoka’s story at this moment.

However, as the writer noted, that doesn’t mean Filoni has stopped working on his story.

After Star Wars: The Clone Wars seemingly finished in 2014, Filoni managed to bring the heroine back into star wars rebels before continuing his journey through the Clone Wars era in the revival and final season of The Clone Wars on Disney+ in 2020.

Filoni also brought the character into live-action in seasons 1 and 2 of The Mandalorianfollowed by a cameo in Boba Fett’s Bookbefore the start of filming for his solo series.

Although some supported Johnston’s view and pointed out that the book and the new animated series can always complement each other, the Star Wars writer share that he is waiting “After” of the same once the show debuts:

“It will probably be more when the new animated series comes out. But the alternative is what we have with Luke, which is: next to nothing.”

What he wrote was true, from a certain point of view

Before the start of almost every Star Wars film there are the words “a long time ago” because Star Wars is meant to be a chronicle of historical events.

Any new form of Star Wars content, whether on screen or in print, is considered part of that story. But like the weather inside this galaxy creates new storytelling opportunities, affects each other’s timelines, frustrates fans, and potentially weakens the impact of those stories that came before.

Given that new content is always in demand and Lucasfilm is looking to produce more Star Wars projects than ever before, it’s unlikely that Tales of the Jedi will be the last time the franchise will have to deal with this issue.

But while that’s not what fans want to hear, in the meantime, perhaps it’s best to continue looking at Star Wars canon from a certain perspective; and, for the sake of former Star Wars writers and creators, rely on the imagination before discrediting and dismissing the work that came before.

Tales of the Jedi will premiere on Disney+ in fall 2022.